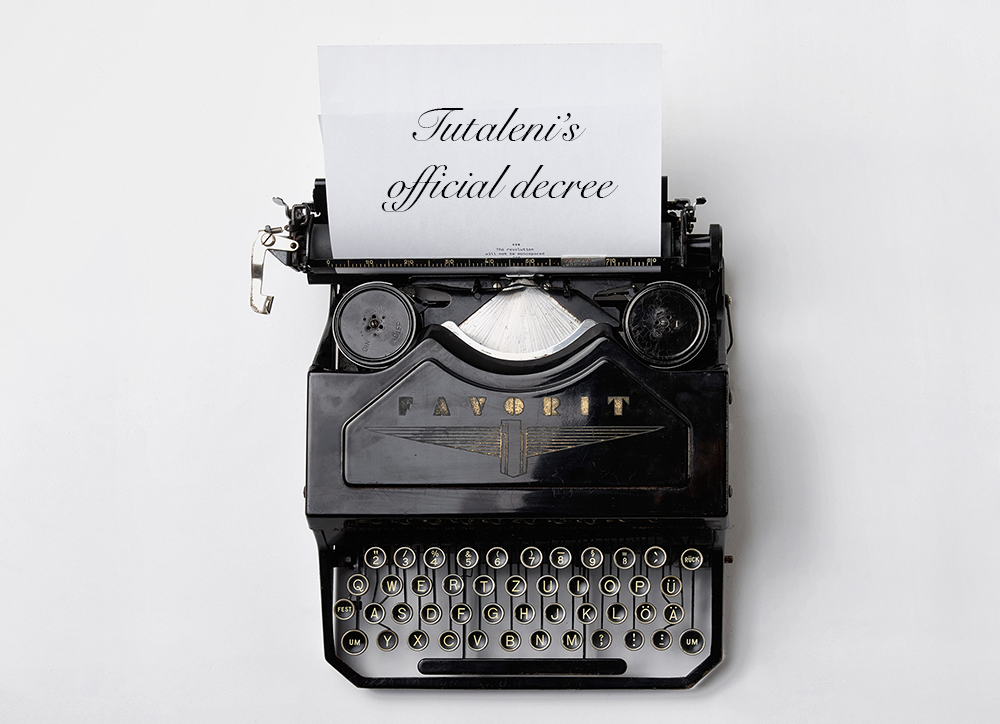 No Afrikan shall henceforth, never ever, ever, ever, (ever +infinity) use the following words or phrases (or their derivatives): “Third World,” “Former colonial master,” and “Tribal”. The penalty for using such words is an official revocation of the Afrikan identity card!

Far too many people use and continue to accept terms such as “Third world” without knowing their origin or giving weight to their implications. French demographer and economic historian Alfred Sauvy was amongst the first to use the term (Tiers Monde) in reference to unaligned countries with either the Soviet Union or NATO during the Cold War (hint: he did not use it as a compliment). Over time, the term has undergone various metamorphoses. It has been used to describe countries that belong to certain economic categories or human development indices. However, after looking critically at the term, can any Afrikan deny that inherent in it are hints of inferiority and being worth less than someone else from the “first world?” Is there any positive value encapsulated in such a term that would warrant further use by Afrikans?

The second term, “former colonial master,” is used widely in European and North American media and surprisingly in Afrikan media too. When something “newsworthy” happens in Afrika, the story is often accompanied by the phrase “the former colonial master” of that country. Is an Afrikan’s worth only measured in relation to the foreign occupiers who stole/steals from, murdered, raped, his/her family of yesteryear? Imagine the uproar from the USA if there is a constant reference to it being a former British Colony? Alternatively, if every visit a US president makes to the UK is accompanied by mentions of visiting the “former colonial master?” Why is there no such uproar from Afrikans?  What justification is there for any Afrikan to accept such treatment?

“Tribalism” is yet another term that continues to be used freely without a critical evaluation of origin or meaning and perception contained therein. The term tribe or tribal often conjures up unflattering depictions. Thoughts of those who ‘need to be protected from themselves’ and in so doing cordoned off from others.  A definitive and satisfactory explanation of the distinction between tribal groups and ethnic groups is hard to find. However, distilling from the information available, the conclusion is that one term conjures up a more sense of the primitive while the other seems to be applied to groups outside of Afrika (e.g. tribal war in Rwanda vs. ethnic violence in Bosnia).

An exception to the decree

What if an Afrikan continues to use words such as “Third World,” “Former colonial master,” “Tribal,” “Natives,” and many others that have been used to demean? In that case, she or he must define the words. If one chooses to proudly refer to themselves as from the third world, then they must articulate why they are happy to say that in the Afrikan context. If you are proud to refer to yourself as tribal, then do so, but have reasons that are not connected to those who initially and unflatteringly characterized you as such.

Not really a decree

Ok, so after consultations, it turns out that I do not have the power to issue a decree or at least any that would be followed. However, I remain adamant about the need, by us Afrikans, especially Afrikan intellectuals, to think critically about words and perhaps remove some from our respective lexicon if they are not applicable.

Words are powerful. Words have meaning, and it is in how words are used, intended, or perceived where the power lies. It is time for Afrikans to take the reign of this power and wield it more effectively in defining identity. There is an old saying, “until lions have their historians, tales of the hunt shall always glorify the hunter.” Sometimes it feels that although we Afrikans have the capability and knowledge, we continue to glorify the hunt at the expense of telling the story of the lion. Like an offensive nickname that refuses to die, little can be done to prevent non-Afrikans from referring to Afrikans in unflattering ways, but for Afrikans to openly embrace such self-defecation is simply wrong.