Diffusion of Innovation and Covid19: I thought we were better

Diffusion of Innovation theory is often used in research to explain the process through which an innovation is introduced and taken up in society. Since this is my area of expertise, I tend to think this theory can explain just about anything (yes, I have my very own confirmatory bias t-shirt). There are two cases in Everett Rogers (2003) book, Diffusion of Innovation that have always stuck with me. They illustrate that just because something has apparent benefits, it does not always mean that it will be taken up, especially if the innovation seems to contradict what people value. 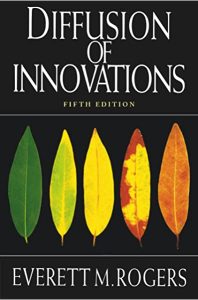 The first case goes back to 1601 when it was discovered that drinking lemon juice could prevent scurvy which was one of the biggest killers of sailors. A captain of ships travelling between England and India would serve three spoons of lemon juice to sailors every day, and most of those sailors stayed healthy. Yet it was not until around 1795 that the British Navy adopted this innovation. Once it was diffused, scurvy was halted. This example is provided to illustrate how even some of the most beneficial innovations diffuse very slowly. The second case concerns a community that was suffering from a waterborne illness. Health workers came up with a campaign that encouraged people to boil water before they drink it. However, the campaign failed because drinking boiled water ran counter to the values and beliefs of the community where hot food was associated with illness. Since childhood, the cultural system in the village conditioned members to dislike hot water. Therefore, someone coming around saying that boiling water is the innovation that will solve the illness, ran counter to the values of the community.

To be honest (perhaps egotistically), I always looked down on these stories. I attributed them to…those old days that people just did not know any better…then 2020 came…perhaps with a lesson on humility. We are basically facing similar circumstances where innovations that could be beneficial are not being diffused. It is now dawning on me that someone, years in the future may use an example of COVID19 as an illustration in a diffusion of innovation study. The examples would be of how a pandemic hit the world in 2020, and science proved that wearing masks and keeping distances can either prevent or significantly reduced the spread of the virus. The discussion would entail how the innovations (the new idea of having to wear a mask and social distance) were slow to diffuse in some areas and outright rejected in others. As we get closer and closer to the vaccine being made available, it may be worth paying attention to the diffusion of innovation theory to understand the enablers and inhibitors of such an innovation.